PlayStation VR 2 confirmed for this year? Alas not [UPDATE] 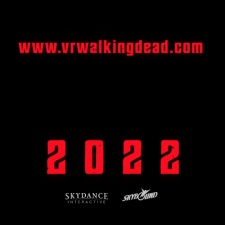 A blog on the PlayStation site on the same day as the State of Play live stream makes clear that there are two different versions of The Walking Dead: Saints & Sinners – Chapter 2: Retribution in development. It is currently set to come to PSVR in late 2022 and PS VR2 in 2023.

Forgive our enthusiasm, based on the trailer captioned 'PS VR2' throughout with the legend '2022' full screen at the end. See the video below for why we thought Christmas had come early...

Today's State Of Play livestream by Sony may not have quite* led off with PS VR 2, but it wasn't far behind with the news that opening game Resident Evil 4 has PS VR 2 'content' in development - whatever that means - for when it releases March next year. That, plus confirmation of VIIIage in development for PS VR 2, should keep Resi fans happy.

Zombie lovers will also no doubt be happy to learn that The Walking Dead Chapter 2 is on the way to console VR this year. That's 2022 confirmed for PS VR 2 in case you weren't paying attention.

The most infamous indie-hype-fail-redemption story arc of all time that is No Man's Sky was also shown as a forthcoming title for PS VR 2.

We were also treated to more footage of Sony's most recent new big IP, with Aloy's world trotted out again for its first outing in VR with Horizon: Call Of The Mountain

Lastly, Japanese megabrand Final Fantasy put in a climactic appearance for its 16th entry, due out Summer 2023.

At under 30 minutes, this was a typically short and sweet State of Play, but it was oh-so-good to see five PS VR 2 titles front-and-centre.

Watch the State Of Play