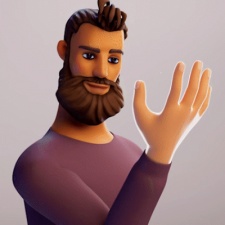 Meta has started rolling out the first software update of 2022 for Quest headsets to users today. V37 adds new productivity features that include the ability to use your Apple Magic Keyboard in VR, link-sharing from your phone to your headset, a more adaptable Browser window and more.

Logitech’s K830 keyboard was introduced to the Quest's virtual space in v28 and the Apple Magic Keyboard has now been added to the list of supported devices under Experimental Features.

Meta will release the Tracked Keyboard SDK to developers next week as part of Presence Platform.

Other changes with v37 include the ability for users to share a browser link from Android phone to headset via the Oculus app, both on-the-fly and via a 'Save to VR' option when it will later appear in the Saved section of your Explore page. iOS support will be added in the near future.

In-headset UI has also been improved, with Home space open windows that can now be arranged in Tablet and Desktop modes - ie with a single screen focus or multitasking. Users can also now use a new hand-tracked gesture for fast access to common actions in the Quick Action Menu such as screenshots and voice commands.

Lastly, the Explore page you see when you power on Quest has also been improved to act as an activity hub. Users will see friends' activity, but also - of course - recommendations for new games, apps, and media for you to purchase, including Meta's recent focus on fitness, natch.