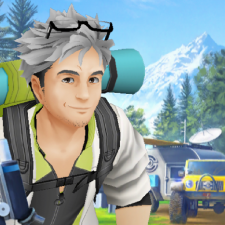 Niantic is set to shake up the Pokemon Go experience with new research and story-focused quest systems that will go live later this week.

One of the new additions is called 'field research' and involves tasks that will vary in difficulty, with the quality of rewards based on the challenge attempted. Field research tasks can be completed multiple times per day and can be collected by spinning pokestops.

Players can earn a stamp per-day for finishing the tasks and will unlock a special package called 'research breakthrough' when they accomplish seven of them. The package can contain anything from greater rewards to a chance encounter with a legendary pokemon.

Another task to be added in the update is 'special research' which involves more story-driven activities, with the tale unwinding as players complete objectives for in-game mentor Professor Willow.

The update will also see fan-favourite legendary pokemon Mew make its bow in the game, though how users can catch it remains a mystery.

The move is the latest in a line of updates that Niantic has made since the turn of the year, with the last being the integration of an AR+ mode in January. The regular additions of new pokemon and features have helped Pokemon Go remain popular since its 2016 launch.

According to SuperData, in 2017 the title ranked ninth for most revenue made by a mobile game at $890 million for the year.

Niantic is eyeing up other methods to grow the game and is reportedly plotting a launch in China through a partnership with local publishing giant NetEase.

Reply
jay singh Marketing Assistant at Real Media Now Ltd
This is a good initiative from Niantic and it looks like a very good update to the game. They are using an approved method to retain and attract more players, if done correctly I'm sure players will be very happy with this update.
Jay
Real Media Now Ltd
Posted 4 years, 4 months ago