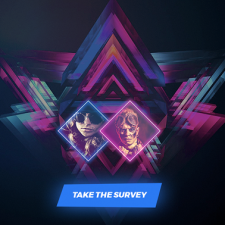 A new global survey aims to influence software development from Q1 2018. Developer Economics are asking VR, AR and MR developers to share their technology preferences, which software they rate or hate, and what they think will be the next technology breakthrough. Anyone taking part will also find out their cyberpunk alter ego, whether you’re a Scale-o-Fixer or a Pull Request Commander.

Data In, Data Out

Participants will be able to see real-time developer insights from other developers taking the survey, as well as a Developer Scorecard with responses from your region. A full report based on the data gathered during the survey will be made available in February 2018, free to anyone that takes part.

Prizes To Be Won

All participants will be entered into a prize draw for the chance to win a wide range of prizes that include Oculus Rift and Touch, an Acer WMR headset, Google Pixel 2 handset, a year’s licence for Code School, Google Developers licence fees and more. There's also $50 Steam Store credit only available to TheVirtualReport.biz readers who take part using the link below. The winners will be announced one month from the end of the survey on 17th December.

You can take part in the Developer Economics survey here.