eSports May Be An Olympic Sport 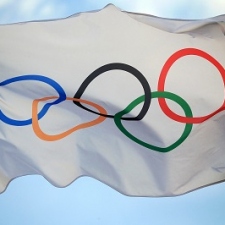 eSports may be recognised as a sport, according to the International Olympic Committee (IOC). At a summit in Lausanne, Switzerland, global stakeholders including federations, national committees and athlete representatives discussed the criteria by which eSports could qualify to become an Olympic sport.

Obviously keen to attract interest from younger athletes and audiences, the summit concluded that, ‘eSports" are showing strong growth, especially within the youth demographic across different countries, and can provide a platform for engagement with the Olympic Movement’.

As to whether the medium could qualify as a sport, the IOC has issued a statement that says, ‘Competitive eSports could be considered as a sporting activity, and the players involved prepare and train with an intensity which may be comparable to athletes in traditional sports’.

Don’t expect to see Call of Duty marathons at Tokyo’s Summer Olympics in 2020 though, as the committee insists that eSports ‘Must not infringe on the Olympic values’. This likely refers to IOC president Thomas Bach’s interview with the South China Morning Post in which he described videogames as being, “About violence, explosions and killing”. Instead, he suggested videogame versions of existing sports saying, “If somebody is competing at playing football virtually or playing other sports virtually, this is of high interest”.

Finally, the summit stipulated that any eSports at the Olympics must be governed by ‘An organisation guaranteeing compliance with the rules and regulations of the Olympic Movement (anti-doping, betting, manipulation, etc)’.

The IOC is now working with the Global Organisation of international Sport Federations (GAISF), the gaming industry and players to, ‘Explore this area further and to come back to the Olympic Movement stakeholders in due course’.