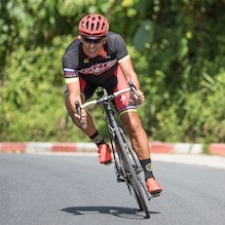 The company’s lead product is the Raptor AR smartglasses, which are designed for cyclists and triathletes. They use Everysight’s patented BEAM technology to overlay high-resolution information into the user’s line of sight, such as route navigation, speed and heart rate. The glasses pair with external sensors to capture data. The information display appears as though projected out in front of the user, rather than appearing near one’s eyes and impairing vision.

McCormack said, “Everysight Raptor is a monumental leap forward that will revolutionise the way we consume and interact with information while training and racing”.

Augmented reality for any pair of glasses