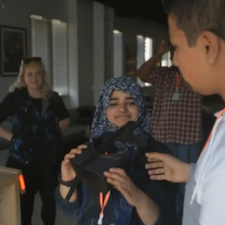 Oculus has launched a pilot program in partnership with the California State Library to place 100 Rifts and Oculus Ready PCs in 90 libraries throughout the state. The initiative is intended to give more people the chance to experience VR for themselves. The 90 participating locations span nearly half of the state’s 184 library jurisdictions, while the pilot program will evaluate the potential for future expansion.

“It’s pretty cool to imagine how many people will try VR for the very first time - and have that ‘wow’ moment - in their local libraries,” says Oculus Education Program Manager Cindy Ball. “We hope early access will cause many people to feel excited and empowered to move beyond just experiencing VR and open their minds to the possibility of one day joining the industry.”