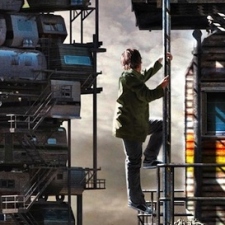 HTC Vive and Warner Bros have. announced a strategic partnership in which HTC Vive will be the exclusive VR partner for all content, online and offline activations for Steven Spielberg’s Ready Player One. Adapted from the book by Ernest Cline, Ready Player One is a sci-fi action thriller that unfolds largely within the Virtual Reality space.

Vive will produce multiple pieces of VR content tied to the world of Ready Player One. This content will be available to users through Viveport, which will distribute the content globally across all VR in-home platforms, from high-end PC based VR systems to mobile solutions. In addition, Vive plans to bring Ready Player One-inspired content to its Viveport Arcade platform for location-based entertainment as well as showcase the VR experiences and games at many of the biggest global consumer events through the year.

“The virtual reality world within Ready Player One is extremely advanced, sophisticated and engaging, and with Vive, we chose the best system to represent the future of VR. Vive is the perfect partner to bring that to life and also has the broadest reach to global markets for the use of VR in home, mobile and offline channels,” said Blair Rich, Warner Bros. Pictures President, Worldwide Marketing. “We’re delighted that HTC Vive will be partnering with Ready Player One and very excited to work with them leading up the movie’s release in Spring 2018.”

“Ready Player One is one of the most anticipated movies in the world, and has tremendous potential to engage and entertain the worldwide market, showcasing the transformative nature of VR, and what it can and will be,” said Rikard Steiber, President, Viveport. “Vive is delivering on the promise of VR and continues to be the most advanced and immersive VR experience available to consumers, and we’re thrilled to be partnering with Warner Bros. to bring these experiences to consumers, on all platforms, around the globe.”

The film will be released to theatres on 30th March next year.