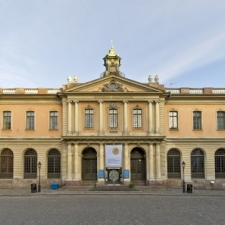 Exploring Matter aims to bring discoveries from some of the greatest cosmologists and physicists to life through VR, highlighting the Big Bang, the Aurora Borealis (Northern Lights), the sun’s fusion process, gravitational waves and radio waves.

Rikard Steiber, President of Viveport and Senior Vice President of VR at HTC explained VR’s potential to bring us closer than ever to scientific phenomena, “Thanks to VR, we can experience events in ways that transcend physical reality, like being there when the Big Bang happens, peeking into the sun to understand one of the most powerful reactions in our universe, or even just having the chance to view the Northern Lights up close.”