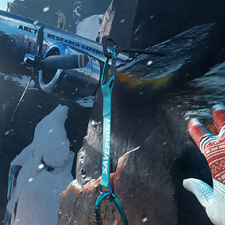 Ludvid Lindqvist, a former FX Artist at Crytek, has launched a GoFundMe campaign in search of financial aid to cover the cost of taking legal action against Crytek. He says, “I was employed by Crytek between March 2015 and December 2016. After more than two months of not getting paid, I resigned with immediate effect. After resigning I decided to take legal action towards claiming the monies Crytek owe me.” According to Lindqvist, this has been happening throughout the company, “This does not only affect me, all Crytek employees are in the same situation.”

To demonstrate the salary delays, Lindqvist shared his latest salary statements and a graph indicating how many days each month’s pay has been delayed:

The GoFundMe campaign’s goal is €20,000 and Lindqvist has said any excess will go towards, “Donations to Crytek employees in need of financial support regarding legal costs,” and, “Donations to video game related charities such as Special Effect and Able Gamers.”

Rumours of delayed wages for Crytek staff have been surfacing since an anonymous report on Reddit claimed that the company has not paid staff since May 2016. With no comments from Crytek, the severity and exact details of the situation remain unclear.