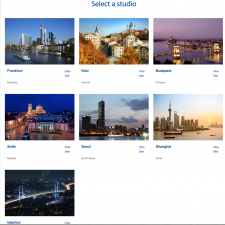 Crytek has announced today that it is to sell all development studios other than its Frankfurt headquarters and Kiev offices. The German company revealed that all other studios will not remain within Crytek, saying it has, ‘put plans into action to secure jobs and to ensure a smooth transition and stable future.’

Crytek describes the decision to shed these studios as, ‘A series of changes to its future business plans that will see the company refocus on its core strengths of developing innovative games and game-development technology.’

We are told that CRYENGINE will remain a core pillar of Crytek’s overall strategy, with enterprise licensees and indie developers alike continuing to be served by regular engine updates.

Crytek Co-Founder and Managing Director, Avni Yerli said, “These changes are part of the essential steps we are taking to ensure Crytek is a healthy and sustainable business moving forward that can continue to attract and nurture our industry’s top talent.” He went on to say, “We believe that going through this challenging process will make us a more agile, viable, and attractive studio, primed for future success.”

Today’s announcement follows months of speculation regarding the company’s financial position, with employees claiming they haven’t been paid since May and one very public announcement of legal action.