Aaron Davis on why Oculus is going to change the world 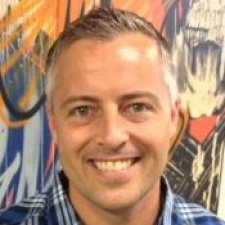 There's no denying the appeal of virtual reality. The technology is advancing at breakneck speed, and the quality of the hardware, and the experience it provides, means consumers are chomping at the bit to get their hands on their very own VR headset.

Right now though, those consumers will have to wait, as a retail version of arguably the flagship VR headset, the Oculus Rift, doesn't seem to be on the horizon.

Instead, Oculus is firmly focused on honing its skills and perfecting its tech. Having said that, the DK2, Gear VR, and the in-house Crescent Bay headset all prove that things are heading in the right direction.

The firm's head of developer relations, Aaron Davis, is a man who shares that view, and, speaking at Game Connection Europe 2014, he explained that consumers needn't worry, because Oculus won't be happy until hundreds of millions of people have witness the endless possibility of virtual reality.

"Our goal as a company is that over the next 10 years want to have over 1 billion people engaged in virtual reality.

Right now PC is undeniably the tip of Oculus' VR spear, however, that doesn't mean it always will be.

Talking about the future of the company, Davis explained that Oculus expects to conquer other platforms in the future, starting with mobile in 2014.

If you've seen Crescent Bay, you know which direction mobile is going over the next two years.

"We have a number of different channels for Oculus, at the moment, the most familiar one, is PC," he said.

"The PC is the tip of the spear. It's where most of our research tends to focus. The Gear VR [Samsung's partnership with Oculus] is fundamentally different. It's very accessible, because you're not tethered to a box, and our team is focused on bring capabilities such as positional tracking to mobile.

"Gear VR, if you compare it to DK1, has low persistence. It's a supremely more comfortable and exciting experience. Right now, the waterfall of features from PC to mobile is happening at a two year rate.

"If you've seen Crescent Bay, you know which direction mobile is going over the next two years."

The Gear VR will be the first foray of Oculus' technology into the consumer space, and Davis believes that developers will play a large part in the success to come.

After all, it's the relationships between Oculus and developers looking to push VR to its limits that'll ensure the device continues to be a growing force.

"Over the past two years we've been working on providing research and resources for developers. It's all been developer-orientated, and we're in the middle, creating a platform to establishing those types of relationships," explained Davis.

"The Share marketplace is the early backbone of consumerisation. What's happening in the future is that we're going to expand the reach so developers can reach users.

"The free store for consumers will launch along with Gear VR before Christmas. Once we get users engaged at a consumer level we will build a commerce channel."

It's clear that Oculus is looking to inject some magic into the industry, and while there might still be some doubters out there, Davis insists that he wouldn't have committed his future to the company if he didn't fully believe it was going to chance the world.

"Presence is the ultimate goal of VR. It's what allows you to put on a headset and forget you're in a room, or in a house," finished Daviis.

"Seeing Crescent Bay was what made me see commit my future to the company.

What do you call someone who has an unhealthy obsession with video games and Sean Bean? That'd be a 'Chris Kerr'. Chris is one of those deluded souls who actually believes that one day Sean Bean will survive a movie. Poor guy.