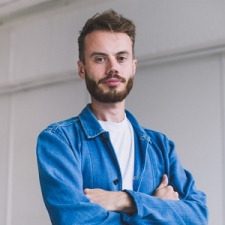 We’re all aware here of the various amazing uses for VR outside of gaming, from animations to relaxing experiences, to industrial training or precision surgery simulations. Even politics, as noted by Solomon Rogers on this site earlier in the year, is adopting VR in various forms, some more purportedly sinister than others. The implications are staggering for VR and indeed the world, not to mention the huge changes that AR could make too.

The vast majority of these uses, however, are simulations. Detailed, commanding of respect and incredibly useful, but simulations nonetheless that are designed for very specific purposes. They’re worth no more to the average consumer than a training manual, even if it’s a pretty awesome version of a training manual. Each is a tool that leads towards to a specific outcome for the individual taking part and while necessary, useful and in some cases revolutionary, can hardly be described as ‘fun’. That’s not a criticism; these simulations were not created to be fun.

We like to make fun games, but we like to innovate too - and all the better if we can do both while also contributing to something bigger.

Contributing To Something Bigger

That’s less our area at Glitchers; we like to make fun games, but we like to innovate too - and all the better if we can do both while also contributing to something bigger. The point that we bridged games and the area that contributes to medical progression is with Sea Hero Quest VR.

The game collects data from users in how they respond to the environment around them. This data is then sent to our colleagues at Alzheimers Research, forming the basis of revolutionary new findings in the fight against dementia. It was originally on mobile, but the concept was completely re-imagined for Gear VR to help cross-check original findings, provide a new level of immersion and therefore dramatically improve results (which we look forward to our colleagues at Alzheimers Research and Deutsche Telekom showing off at a later date).

More Meaningful Than On A Flat Screen

Again, however, we like to make games; making Sea Hero Quest VR an enjoyable game was paramount to us. Not that we would ever want to mask the use of data and implications of playing it, but the more fun it is to play and the less like a test subject the player might feel, the more players we’ll get. More players means more data and more thorough research and impact.

Like the various healthcare and industrial applications mentioned earlier, it was VR that allowed us to do that in a way much more meaningful than on a flat screen. But there’s room for much more of this with the potential that VR holds. We’ve seen causes raised in entertaining and impactful ways with games like That Dragon, Cancer, and Cloud Chasers combine their enjoyable gameplay and narrative with the immersion of VR that in turn can feed into hard results, and you have a series of world-changers on your hands.

No doubt VR’s utilitarian uses will continue to thrive – but to satisfy the serious demands that today’s world brings, why can’t we have a little fun too?

Max Scott-Slade has over ten years experience within the games industry, during which he has launched a number of successful game IPs. In 2013, he co-founded award-winning London-based studio Glitchers, where he currently resides as Game Design Director. With a passion to produce fresh and engaging titles with a real purpose, Glitchers ruthlessly strives to push the boundaries through creative or technological advancement. This ethos has led to the development of many of their own titles and collaborations with some of the world’s most forward-thinking people, institutions and brands.