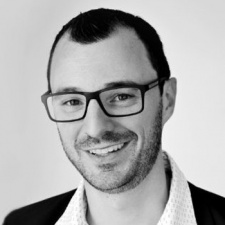 Jonathan Wagstaff, Country Manager - UK & IE at CONTEXT, looks back at the heyday of the arcade and makes the case for growing a forest of AAA VR titles from today’s green shoots of experiential games.

In the 1970s, a videogame that used two moving lines and a dot bouncing across a black screen created a new industry and changed the face of global entertainment. The arcade game and associated machine which began proliferating across the US and then the world was so popular that the company’s owner, Nolan Bushnell, had discovered teens creating quarters out of ice so they could play for free. Until then, only players of the Japanese traditional game Go had ever heard the word Atari. Ten years later, Atari’s console was in nearly every household in America.

Developers had to rely on ingenious gameplay elements.

During this pioneering age of gaming, developers were recruited almost exclusively from prestigious Ivy League or technical universities and the platforms on which they were expected to work were extremely complex. Despite all these limitations, Atari produced some of the greatest games of all time - some of which are still played today with graphical upgrades.

Because the power of early console hardware was so primitive, developers instead had to rely on ingenious gameplay elements. Moreover, nobody had ever done this before – they were literally inventing a genre of entertainment. There isn’t much time to care about how a game should look when you don’t know how that game should be played.

During the first year of readily available high-end consumer VR, there has been some criticism of early launch titles. Reviewers have noted that many are simple $5 experiential games rather than AAA fully-fleshed out releases. In defence of Oculus Studios, there are games such as Chronos which provide 30+ hours of top notch story-driven gameplay.

Once the initial wow-factor of being in an HD virtual world has passed, gameplay is going to be key.

For those of us who went for Oculus’ CV1 over the HTC Vive, we had to wait till later in the year to get our hands on the haptic Touch controllers. Lo and behold, one of the first titles for the Touch was Ripcoil, an online PvP experience that involves a disc and two players in a virtual arena or court. Sound familiar? Out of the all the games currently available for the Oculus Touch this is the release that has stolen the bulk of my spare time. The game mechanics are beautifully simple, easy to learn, physically engaging (I was sweating buckets after 30m), and - above all else - a lot of fun.

There have been complaints that games like Ripcoil lack a singleplayer element or story mode, but for me this misses the point. I want to see simple but addictive games in these nascent days of consumer VR. Once the initial wow-factor of being in an HD virtual world has passed, gameplay is going to be key.

There is no reason why the green shoots of experiential games can’t grow into forests of AAA titles.

VR forces game developers to start with how you play the game, rather than how huge the sandbox world should be, or which Hollywood actors voice the disposable, vascular space marines. As the 2016 CONTEXT VR survey shows, people (and particularly gamers) are excited by VR gaming, but many consumers could quickly be alienated by yet another high-budget FPS.

The popularity of games like Angry Birds are proof of the requirements for mass adoption, and there is no reason why the green shoots of experiential games can’t grow into forests of AAA titles. Perhaps in a few decades, we’ll look back at 2016 as the golden age of VR gaming and for many, this is why being part of those first steps is so exciting.

You can read more of Wagstaff’s thoughts on VRcades, as the Focal Point panel discusses Will VR Usher In Another Golden Age For The Arcade?