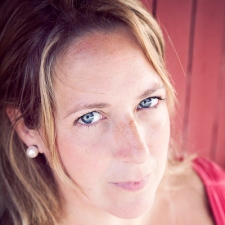 A study published last month by Juniper Research predicts that Virtual Reality gambling is set to grow 800 per cent over the next five years, from $58.5 million this year to $520 million by 2021.

$520 million is an eye-catching figure and has been splashed unquestioningly in the headers of a lot of techy news sites recently. That’s because it’s a lot of money. It’s the kind of figure that would have Dr Evil pointing a pinkie at his lips with relish, and it would certainly look very pretty in my bank account. But it deserves closer scrutiny.

For a start, the figure quoted refers to the gross amount wagered on VR, or the gross gaming revenue of an entire industry. From this perspective, the figure is pretty small. An online casino will typically retain around two per cent of its entire betting handle as profit. An industry, then, with around $10 million in profit is a pretty niche one. It certainly doesn’t suggest that VR online gambling will explode in the way it’s presented in the report.

The figure of $58.5 million this year is also questionable. Currently, there is just one real-money VR online casino in existence. SlotsMillion VR is the only platform where it is possible to gamble with real money in virtual reality and its co-founder, Alexandre Tomic, queries the $58.5 million cited.

His casino may be fully functional and ready to go, but as he himself admits, for now at least, it exists mainly as a customer acquisition and retention tool – a marketing device for the benefit of the regular online casino. Most customers, lacking the necessary hardware, experience SlotsMillion VR via the downloadable 3D version.

“The publicity surrounding SlotsMillion VR has hugely strengthened our brand and our affiliate strategies,” he tells us. “The amount of deposits and net gaming revenue has multiplied six-fold since January 2016 in our regular casino, largely because the big affiliates are placing us in prominent positions on their sites. We are perceived as cool, and thus affiliates promote us more, while we also receive more articles from gaming and mainstream press.”

Juniper does make an interesting point in that, because of the relative expense of high-end VR hardware, VR casino growth may be driven at first by VIP high-rollers. This is a reasonable conclusion to draw, we think. Thus, the virtual spaces of the next few years will become the playgrounds of the wealthy, or at least the comfortably well off.

The social dimensions of VR will lend itself well to this dynamic, as the virtual casino space becomes a place where pit bosses can meet and greet their VIP customers and offer them gifts and bonuses, much like the comping culture that exists in the land-based casinos of Las Vegas.

Tomic has identified other advantages, too, and sees much in the capabilities of VR to transform the back office of an online gambling platform. Just as architects are beginning to use VR to create interactive versions of construction projects in place of 3D models, the growth of VR online casino may eventually be driven by the practical benefits the medium offers behind the scenes, in terms of customer support, affiliate models and even how an operator will interact with its suppliers.

The Man In The High Stakes

To many, VR is the stuff of dystopian nightmares, even before you add gambling into the mix, and the growth of VR casino is likely to be stymied by a lot of regulatory issues. In fact, it will be downright illegal in most countries.

Juniper is probably right to say that growth will be slow, therefore, although presenting its figures in a way that implies the opposite is a little confusing.

Sarah Blackburn is founder of GameOn Marketing, which provides a wide range of digital marketing and PR services to the online gaming and tech industry.