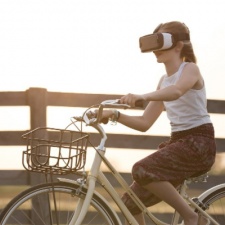 Extended Reality (XR) headset shipments almost tripled annually in Q1 2021, according to the latest research from Counterpoint, the Global XR (VR & AR) Model Tracker. The Oculus Quest 2's success drove these volumes with regular software updates and growing user engagement. Till Q1 2021, the Quest 2 had shipped a cumulative 4.6 million headsets, a record for any single headset.

Commenting on the market dynamics, senior analyst Karn Chauhan said, “The standalone Virtual Reality (VR) form factor led the global XR market with 85% shipment share in Q1 2021, compared to 42% in Q1 2020. The transition from tethered to standalone VR is being driven mainly by the Quest series. Other XR headset OEMs are also focusing on the standalone form factor as it is the device of choice among users, especially gamers.

"The Augmented Reality (AR) segment contributed only 4% in Q1 2021, which was driven by the few enterprise-level deals with AR headset OEMs. The AR consumer segment is still in a nascent stage as most of the compelling use cases are being satisfied by mobile AR. There is also a lack of disruptive mass-market or even mainstream AR headsets.”

Commenting on brand performance, senior analyst Harmeet Singh Walia said, “Oculus captured a record 75% share of global XR shipments in Q1 2021 as compared to 34% in Q1 2020, thanks to the continued success of the Quest 2. Chinese brand DPVR climbed to the second position for the first time by keeping its focus on the enterprise and education segment. With no successor to PlayStation VR, Sony fell to the number three spot for the first time since 2016. Pico and Valve took the fourth and fifth spots respectively while HTC, with its focus increasingly limited to the niche enterprise segment, slipped to the sixth position."

Given relatively few new hardware launches planned for 2021 by major players, it looks like the Oculus Quest 2 will continue to reign unchallenged. Apple’s entry will likely catalyse the participation of several other brands - especially the Chinese smartphone OEMs that are also present in the smartwatch segment - but there are no firm indications when it might be released.

While there are many enterprise and industrial use cases for XR currently available and in development, the report finds that growth in this segment is slower than expected in some areas. Counterpoint predicts a steadily increasing trend towards enterprises and other organisations investing more in the development and use of XR devices and services, especially after 2025.

The overall finding of the Global XR Model Tracker is that XR will continue to experience double-digit growth for the next four years.

VR hardware shipments up, growth forecast to 28.6 million in 2025