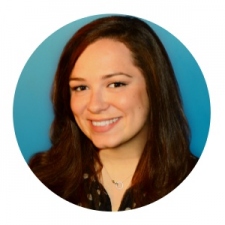 Stephanie Llamas, Director of Research and Insights at SuperData offers the following analysis about the state of the VR industry during the holiday season.

No Boost From Black Friday

As expected, headset sales have not seen a large boost from Black Friday and Cyber Monday despite holiday deals. Most early adopters have bought in already. A minority of those considering it may purchase one for themselves but, at least in terms of PC sets, they will not likely receive it as a gift. The specs required are complex and the purchase would be difficult to navigate if you are not an enthusiast. Mobile devices still have the best opportunity in this market, but because only the Pixel supports Daydream, Google needs phones and adopters that won't exist until next year.

Sony has taken a more prudent approach and held off on spending frivolously on marketing the PSVR to better position the Pro. Sony is making just enough units available to prove the case for VR, without seeking to fully saturate the market and, instead, build the offering more gradually to ensure a stronger life-cycle. They have also pointed out that VR looks even better on a Pro than a standard or slim PS 4, so the message to most gamers is: Get the Pro now, then the PSVR later. As a result, we won't see them break 1M shipments until well into the new year.

Had Sony pushed the PSVR the way they've been pushing their other new hardware, the demand would have certainly fulfilled a supply of over 2M. However, given its quiet release it's clear they're being cautious before fully investing in the tech. Without the 'killer app' and the slow, steady release of AAA content, they will release less than 1M devices until they have content they feel confident will bring in the praise they want. They can afford to take it slow since they have no competition for now, so their supply and sales will rise steadily into 2017 as opposed to riding the seasonal wave.

Rift Not In Touch

The Rift's Touch controllers are an opportunity for Oculus to penetrate, but not many headsets have moved, especially with their round-about deal where purchasers earned $100 Oculus credit rather than just getting $100 off. Oculus's hardware release strategy has also slowed them down and split their user base, so developers are having to make some choices around whether they should develop for both touch and non-touch users. This means development has slowed and is becoming another barrier to growth.

By offering $100 off their headset, HTC made a smart move, especially as the cost of VR-capable PCs lowers. This makes it an easier gift to buy, but it's still a big investment for a technology largely unknown to the general consumer.