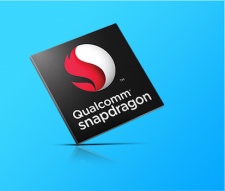 After rejecting a $103 billion buyout bid from Broadcom, Qualcomm – manufacturers of the Snapdragon mobile processors used in smartphones and standalone XR headsets – needs the support of its shareholders to avoid a takeover.

Qualcomm’s share worth had endured a slump, reaching a 52-week low in September, only to see share value rise by 30% after receiving Broadcom’s offer. The rejection of this offer puts the onus on concerned shareholders who have been fatigued by underperforming share value.

Qualcomm supplies CPUs to leading mobile device and XR headset manufacturers such as Samsung, ODG and HTC. The development, progression, functionality and marketability of this crucial XR hardware is reliant upon increasingly faster, smaller and more powerful chipsets, where the American company is at the vanguard.

The implications for an emerging medium that is heavily reliant upon technology advances could be catastrophic if that development slows. Qualcomm is looking to make a strategic shift away from the smartphone business through its own acquisition of Dutch IoT firm, NXP Semiconductors, but a hostile takeover from Broadcom could reverse this transition.

Broadcom’s roots are in wireless and broadband communication, while the company needs a leg-up in the world of 4G and 5G networks – which is exactly what Qualcomm could deliver. The company has been a leading investor in 5G for the past decade.

At a recent Economic Club of Washington, D.C. event, CEO Steve Mollenkopf said, “Our revenue is a little bit difficult to model because of licensing disputes. But those will get resolved, and what you’ll see is a company that really is providing the fundamental technology... into the connected world when the connected world is disrupting almost every industry.”

Qualcomm may be leaders in tech as diverse as XR and driverless cars, but as CCS Insights analyst Geoff Blaber observed, "The real motivation for Broadcom, where they are weakest, is in connectivity - the 4G and 5G part as we transition to the next generation".

Suddenly, the Snapdragon chipsets seem less like the future of the family and more like the poor relation.

Broadcom’s CEO, Hock Tan, said in an interview with the New York Times that, “[Many managers at chip companies] think they can engineer their way out of problems... They’re still fighting the past battles of the industry.” That doesn’t exactly sound like the mindset of a business leader that places innovation at the forefront of its strategy. Would a post-takeover Qualcomm be forced to streamline its R&D to focus on the core business?

Broadcom has a track record of down-sizing companies after acquiring them, by as much as 30% according to Electronics Weekly. If that precedent continues with Qualcomm’s buyout, it may not be unreasonable to expect that XR is sidelined – or eliminated from the business entirely.

If the takeover progresses and Qualcomm either pulls out of the XR sector or slows progress on its tech to the point where it hinders innovation, existing partners such as Dell, HP and Asus could be forced elsewhere to source their CPUs. Beyond the mobile offerings from desktop powerhouses, Intel and AMD, there are solutions from household names such as Samsung and nVidia, with competitive offerings also from TSMC and GlobalFoundries.

Broadcom has been explicit about its ambitions to acquire Qualcomm and the mobile cellular motivation behind the decision is obvious, but perhaps Tan and co are also keen to buy into the much touted ‘fourth wave’ of computing - XR. With smartphone sales stagnating and megacorps Apple and Google pointing the way to a wearable future, it would be a shrewd move to take ownership of a manufacturer with well-established relationships with many of the OEMs.

We expect to know more after Qualcomm’s annual company meeting in early March.