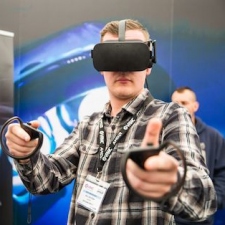 Composing convincing narrative experiences within VR is a hot topic and makes a regular appearance at conferences this year. Indeed, Tanya Laird of Digital Jam has hosted panels on this and related topics both at our own VR Connects and at the MR Summit in London. Once again, her line-up for the VR Writers Room at VR World Congress was excellent.

"We are," explained Laird, "in search of naive experts – people who know their stuff but not necessarily in this field." Cross-industry learning is essential for a nascent field like VR and the panel had plenty to say. Such a large group of people means there was a pressure on time and in fact they barely covered a handful of questions, but the important topics of emotion and experience were covered.

Read on for five tips we picked up from the VR Writers' Room...

The Top 25 Things We Learned At VRWC