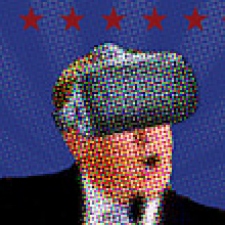 This has been the first presidential election to have been campaigned and discussed in VR, with content including coverage, comedy and curiosities. A global audience has been able to watch the presidential debates in VR for the first time and who could forget Oculus co-founder Palmer Luckey apologising for ‘shitposting’ about Hillary Clinton?

Whether you’re a fan of his policies or not, there’s no denying that Donald Trump’s presidential campaign trail has been mesmerising to watch. Trump may polarise opinion, but as a larger than life character, the president-elect was sure to feature in many VR experiences.

Without further ado, Ladies and Gentlemen, we present to you the 45th President of the United States of America in glorious VR...