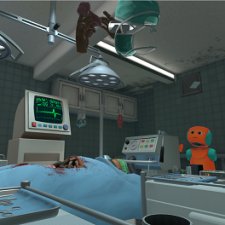 Vreal, the first Virtual Reality livestreaming and broadcast platform, just landed $11.7 million in Series A funding. The round was led by Axioma Ventures, along with new investors Intel Capital and AET Fund, as well as existing participating investors Upfront Ventures, Vulcan Capital and CRCM Ventures.

Vreal will use the funding to further develop and launch their platform, paving the way for gamers to create, share, and enjoy video game content all within virtual reality.

The Series A round brings the total company funding to $15 million. The newly raised funds give Vreal the resources to launch the platform, refine its content creation tools, and scale as the VR market expands.

Todd Hooper, Founder and CEO of Vreal said, “VR is an immersive medium, and Vreal is the only way for viewers to step inside someone else’s VR gameplay and enjoy VR content the way it’s meant to be experienced. Immersive virtual worlds are the future of gaming, and we’re building the highway that will take viewers to curated gameplay experiences, all alongside their friends and favorite gaming personalities.”

Valve’s former VR evangelist, Chet Faliszek, joins the company as a director representing Axioma Ventures. He said, “As VR becomes more accessible, so will the need for compelling VR broadcast content that moves beyond simple 360 video. Viewers will demand the freedom they have in VR games to be in their viewing experiences.”

Also joining as director is Chris M. Williams, who was the Chief Audience Officer at Maker Studios, a multi-channel YouTube network that Disney acquired back in 2014. Now founder and CEO of the new kids’ media company pocket.watch, as well as an existing Vreal investor from the first round, Williams said, “Digital content creators are entertainers, and they are hungry for new kinds of unique programming formats to bring to their audiences. Vreal has been delivering exactly that to its first group of creator partners and I’m confident many, many more will find it valuable.”

Vreal is currently in closed alpha testing. For more information or to sign up for future tests click here.