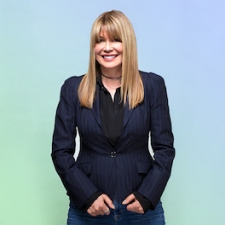 VR content studio, TRIPP, has secured $4m Series A round investment led by Tim Chang, partner at Mayfield. The LA-based team will use the funding to begin creating transformative experiences that are digitally delivered.

With over 15 years of experience in gaming and mobile, the team’s first native VR product is focused on changing the way a person feels to help them to live more happily and effectively. TRIPP call themselves ‘mood architects’.

Stimulation Rather Than Simulation

Co-Founder and CEO Nanea Reeves said, “My partner and co-founder Zachary ‘Zack’ Norman, our CTO Andreja Djokovic, and I have spent almost 20 years (together and individually) building one hardware-bending application after another across many platforms. And even though the VR market is still very small, we are excited to take full advantage of the deep immersion of VR.

"We want to create something that doesn’t exist on other platforms – a truly native application designed uniquely to the platform. Despite the amount of time spent innovating in VR, the applications built for it have mostly attempted to recreate this reality or more immersive 360 versions of content originally created for another medium.

“We are focused on using VR for stimulation rather than simulation. Taking a TRIPP will not be like anything that exists in the real world.”