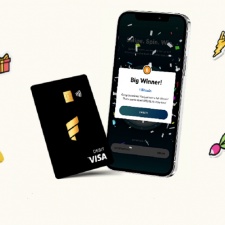 Pokémon Go developer Niantic has partnered with rewards and payment app Fold to create “an alternate vision” for the metaverse.

Alongside the partnership news, Fold has revealed the launch of a beta for its new augmented reality experience within its app.

The AR beta app will overlay Bitcoin prizes onto the real world using Niantic’s real-world mapping tech. Fold is calling this a step into the real-world metaverse.

Fold AR launched yesterday to a small number of users and for a limited amount of time per day, with plans to increase access at a later time.

Presently, a block will appear somewhere around users every ten minutes, and rewards are triggered if they open it. Rewards range from time extensions within the game, extra spins on the Fold Card, satoshis (the smallest unit of Bitcoin) and orange pills that protect users from having their Bitcoin stolen.

The ability to earn is open to anyone who downloads the Fold app, which already allowed users to earn Bitcoin by buying coffee, going shopping, and more.

“This is the easiest, most fun way to get your first piece of Bitcoin,” said Fold CEO Will Reeves.

“Anyone can use our app to earn Bitcoin and other rewards by exploring the world around them. For us, it’s always been important to make participating in the Bitcoin economy easy for anyone, regardless of education or technical expertise.”

According to Fold, this is “an alternate vision for the metaverse” wherein human freedom and happiness are promoted.

Niantic head of AR platform marketing Meghan Hughes added: “We see a future where our platform technology and AR tools pave the way for new entertainment experiences and real-world connections games always help us push the boundaries of technology and allow us to incubate some of our most audacious thinking, but we see incredible opportunity in multiple categories including payments.”

“Working with Fold, which has always been at the forefront of making bitcoin accessible, is a perfect collaboration for Niantic and a great use case for augmented reality.”

The complete experience is set to launch next year, enabling users to find, trade and hide Bitcoin. Fold said that the idea came about with the suggestion of making a version of Pokémon Go, but for Bitcoin.