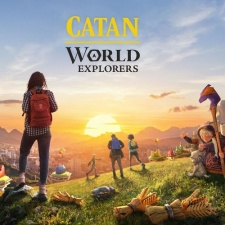 Niantic will be shutting down Catan World Explorers, which is currently in soft launch testing.

In a post on the official site for the game, Niantic has revealed that Catan World Explorers will no longer be available from November 18th, 2021 at 7:00 am (UTC).

The developers stated that the decision to sunset the game was due to straying too far from the original Catan board game that it was based upon, making the game too complicated.

Niantic stated that despite the game’s imminent closure several additional gameplay features will be implemented in its final months.

The game received multiple updates throughout its soft launch, with the most recent update on August 16th, 2021.

The game was taken down from app marketplaces on September 17th, 2021, with all real-money purchases being removed.

Players who had purchased the in-game gold currency will still be able to use this until the game is permanently shut down and shop prices will be decreased to allow the currency to be greater utilised.

Too complicated and too far

"The team originally set out to build a game that turned the world into a CATAN gameboard," read the site post.

"We had a vision for trading, harvesting, and building up the world in seasonal play and resetting the board each month, just like you do for each new game you play at home. But trying to adapt such a well-designed board game to a global, location-based massively multiplayer online game was a tough challenge.

"We’re so proud of the game we made, however, we got a little too complicated and a little too far from the original CATAN game. The work and knowledge that we learned working on this game is not lost and we’re already working hard on more games for the future!"

This story was first published on PocketGamer.biz.