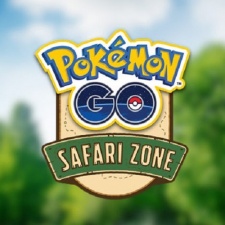 Niantic's ticketed Pokémon Go events that were previously scheduled for 2020 are set to return this autumn, as hybrid events.

The events were due to be held in three locations, two in the US, and one in the UK.

In the US the events will take place in Philadelphia and St. Louis, whereas in the UK the event will be held in Liverpool.

Due to the hybrid nature of the events, players will also have the option to play from home.

To regulate the number of attendees for social gathering regulations, ticketholders will have to contact the organisers to register their attendance prior to the event.

Liverpool’s Pokémon Go Safari Zone will take place in Sefton Park from Friday 15th to Sunday 17th of October. The UK event was planned to be held last April but was postponed due to the country-wide lockdown.

In the US, Pokémon Go Safari Zone: Philadelphia will take place in Fairmount Park from Friday 29th to Sunday 31st of October. The St. Louis event will be held the following month between Friday 12th to Sunday 14th of November.

Further details about the event will be revealed in the approaching weeks, such as what players may find in each location.

Previous Safari Zone events have been held in locations across the world, such as New Taipei City, Montréal, Yokosuka, Sentosa Island, and Porto Alegre.

Following player backlash, Niantic recently u-turned on a decision to decrease the in-game radius from 80 metres to 40 metres. The radius was increased last year to promote social distancing between users when playing the game.

This article was originally published on PocketGamer.biz.

Aaron Orr is a freelance writer for PocketGamer.biz with a lifelong interest and passion for the games industry.