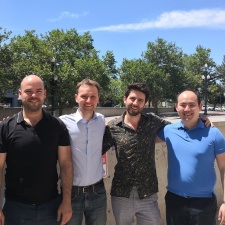 The team has a background in neural network research at University College London. Their research focused on building and perfecting neural networks that can infer information about the surrounding world from one or more cameras.

With its own interest in global-scale AR, Niantic evidently saw a perfect match in Matrix Mill. The technology developed at Matrix Mill has clear and immediate implications in benefitting games like Pokemon Go.

The team will also become part of Niantic’s Real World Platform, which it aims to open up to other developers.

“We are committed to investing aggressively in R&D that can enhance the experiences of our users, both today and in the decades to come.

“The addition of the Matrix Mill team also allows us to continue to deliver on planet-scale AR, and helps us advance the Niantic Real World Platform.”

The expertise brought on by the London studio will likely play a role in Niantic’s highly-anticipated next game, Harry Potter: Wizards Unite.

Thie story was originally published on our sister-site PocketGamer.biz.