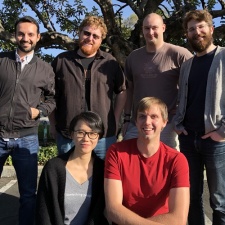 Escher has been working on tools designed to help developers build persistent, multi-user, cross-platform experiences. The firm’s mapping and computer vision tech will now be integrated into Niantic’s own platform.

Interestingly, Niantic has said it aims to make its technology more widely available to other developers later this year - meaning it’s set to become more than just a games developer. The company's technology powers its augmented reality and location-based gameplay in games like Pokemon Go and Ingress.

As for precise details on the move, Niantic CEO John Hanke simply said to, “Stay tuned for information on developer availability”. He went on to add, “At Niantic, we are committed to using technology to enhance our users’ interactions with the physical world and we are excited to embrace the Escher team as we continue to evolve and grow our platform to support planet-scale AR”.

In a post on their website, Ross Finman, CEO & Diana Hu, CTO at Escher said, “We are thrilled to announce that we are joining the wonderful team at Niantic! We're really looking forward to integrating our work on mapping and computer vision technology into Niantic's amazing content and AR platform. The long term vision is to help to bring shared and persistent AR experiences to millions of people around the world, and further realise AR's impact going forward”.

The company is currently seeking staff to tackle, ‘Some of the most difficult software problems in AR’. Send an email to [email protected].

This story was originally published on our sister site, PocketGamer.biz,