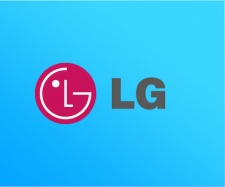 An LG trademark application has revealed LG UltraGear as the name of the company’s anticipated VR headset, first revealed at the Game Developers Conference 2017, in San Francisco.

Originally discovered by Dutch site, Mobiel Kopen, a trademark for LG UltraGear has been officially listed by the European Union Intellectual Property Office (EUIPO). Found in the description of the trademark are a list of electronic products, including ‘virtual reality headsets’.

The product demonstrated at GDC was a prototype under the placeholder name of VR HMD (original…), but with LG’s recent application, it’s likely that LG UltraGear will replace this. Details about the hardware and features of the headset are scarce, but LG stated that the headset would run via SteamVR, have a 110-degree field of view (FOV) and will be equipped with twin 3.64in OLED panels with resolutions of 1440x1280 each – at least this is what was confirmed back in late February 2017.

Pricing and shipping dates are yet to be confirmed for LG’s new VR headset.