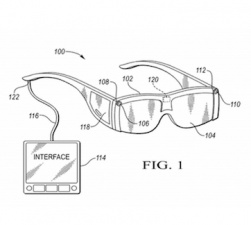 The patent shows a pair of AR glasses and smart golf ball which are used together to track the real-time statistics. Shown as a heads-up display (HUD) on the wearable device, the device will project details of the swing directly to the user. Utilising data of the golf course could lead the device to assess and judge which club is best to use, as well as the layout of the terrain.

Figures shown in the patent share an idea of the direction in which Nike wants to develop the device. In an already competitive field, if Nike’s new AR device hits the shelves, it’s more than likely that other companies would follow suit to stay on the cutting edge of technology.