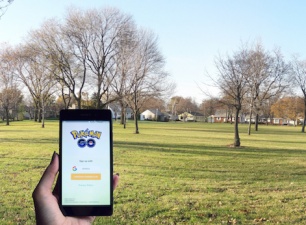 Californian-based AR developer, Candy Lab, challenged and won a suit against Milwaukee County over an ordinance requiring companies to acquire permits for AR applications, such as Pokémon GO, to be played in public parks.

The settlement made by the county means that the restrictive rule will not be enforced, and a payment of $83,000 will be made to cover Candy Lab’s attorney fees. US District Judge, J.P. Stadtmueller criticised the rule for treating game developers as though they are holding an event in Milwaukee parks.

Milwaukee County passed the ordinance rule in February, as a response to large crowds of Pokémon GO players leaving rubbish in a park the previous summer. A federal judge has since gone against the rule, stating that it imposes free speech rights.

County Supervisor, Eddie Cullen, opposed the ordinance, saying that the county would be better off paying $83,000 to clean its parks than paying for lawsuits.

An attorney for the county, Margaret Daun, recommended that the settlement be approved, however, she believes that corporates should not be able to infiltrate public spaces so easily. She said, “It is essential that profit-making businesses cannot simply hijack our parks”.

Artist and activist from NYC, ErraZuriz, supports the notion, stating that “For a company to have the freedom to GPS-tag whatever they want is an enormous luxury that we should not be giving out for free. The virtual public space belongs to us. We should charge them rent.”