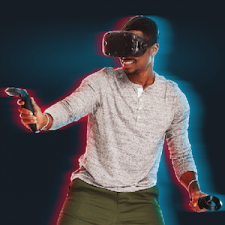 Drew Bamford, Corporate Vice President of HTC Vive’s Creative Labs said, “Our research has shown that customers vastly prefer VR previews over screenshots and videos to inform their purchasing decision. We are thrilled that the Viveport Scene SDK will provide developers with a new avenue for discoverability and engagement on the Viveport store.”