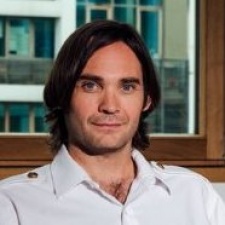 Vive Studios will use a publishing model similar to console games, where the label will produce first-party content through internal developers, as well as partner with external developers. External developers can turn to Vive Studios for development funding as well as publishing and marketing support on VR content. Vive Studios is actively creating content across key categories for VR including games, education, cinematic, design, social, real-estate and sports, as well as tools and applications that can revolutionise areas such as media, retail, healthcare, and location-based entertainment centres and arcades.

Joel Breton, VP of content at HTC Vive described Vive Studios as, “A new pillar in HTC’s initiative to drive persistent growth for VR. Vive Studios’ aim is to nurture and discover development talent and help create content that will continually push the boundaries of the kinds of experiences VR can deliver.” He went on to outline the future where HTC and developers, “Work together to make Virtual Reality the next mass medium.”

And we don’t even have to wait to see the first release from this program, as HTC launched Vive Studios’ debut title, Arcade Saga today. The first-party title for Vive was developed internally by 2 Bears Studios. J. Epps, Creative Director at 2 Bears Studios said, “By combining an homage to familiar games with our backstory putting players in the role of a CPU fighting humans, ‘Arcade Saga’ is the VR equivalent of not just walking through an arcade but getting inside the game.”

Arcade Saga is out now on Steam and will soon be available on Viveport in China.