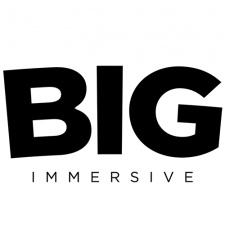 A new publisher called Big Immersive has set up shop to support VR and AR developers across mobile, console and PC VR platforms. Big Immersive plans to publish games from third-party developers and is offering services including QA, publishing strategy, marketing and PR.

The company has its headquarters in the UK and Dubai and already has a first-party studio based in Lahore, Pakistan, as well as three published titles, including Agelore’s Fantasy and Love Cubed VR.

“As we move through the digital and information age, entertainment is only now beginning to explore the world’s that mixed reality can offer,” said Big Immersive CEO Jawad Ashraf. “Our intentions are clear; to curate and deliver incredible content to consumers on the devices that matter to them. We’re working hard with our internal teams to deliver what we believe is the next leap forward in Mixed Reality entertainment, and are actively looking for potential partners to forge new relationships with in the years ahead.”

This story was originally published on our sister site, PocketGamer.biz