AppyPie Announces VR And AR On Its Small Business Platform 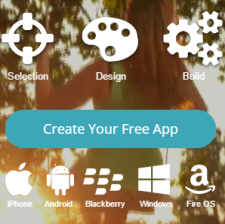 With easy-to-integrate plugins, users without no coding skills can incorporate various VR and AR features into their Android and iOS apps in less than 10 minutes. For the launch, AppyPie is offering two features: image recognition and tracking, and a panoramic and 360 video viewer.

"We are proud to announce that we are the first DIY app platform to offer VR and AR features," said Abhinav Girdhar, CEO and Founder of Appy Pie. "SMBs rarely have the resources and budget to integrate the latest and greatest technologies, and are often at a disadvantage when competing with larger companies that do. With these new features, we are democratizing VR and AR, allowing small businesses to enhance their customer experience and better stand out from the competition. We're excited to see the creative ways our millions of users use the new technology."