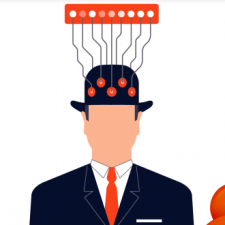 There are two technologies that have been matched against each other to capture the public’s hearts, minds and wallets; VR and AR. These technologies are alike but stand out in their differences, writes Mitchell Duncan, Technical Analyst at R & D tax credits company, Jumpstart.

Virtual Reality creates a whole new world for the user by excluding the real world and synthesising a new environment of sight and sound, sometimes with no semblance to anything known. The user is able to interact with his/her world by wearing a headset, and sometimes gloves and footwear, to enable the user’s movements to be projected into the virtual world. The user interacts directly with objects in the virtual world; oftentimes they are also able to communicate directly with other virtual beings (Avatars) and have them respond.

Augmented Reality works differently in that the user may not necessarily wear a recognisable headset, although this is the case in most industrial applications. Its aim is not to exclude the real world but to augment it (hence the name). This is commonly achieved by overlaying graphics, sometimes 3D graphics, onto the user’s vista and the ‘objects’ and the user interact using reality as a palette.

While these technologies are seemingly pitted against each other in the marketplace, the truth may be that one technology compensates for the other’s weaknesses. For example, one ‘benefit’ of VR is that it is all-encompassing, effectively shutting out the real world and creating a virtual one. However, people’s lives have become so hectic that using VR may represent a significant and unwelcome interruption. AR features no such interruption, instead allowing people to take in the world around them without ignoring it. Augmented Reality can also facilitate interaction with other people and with objects, leading inevitably to more and wider real-world applications for the technology.

AR is probably most widely known as the technology behind the July 2016 release of a free mobile app game called Pokemon Go. This game was aimed at the entertainment market, where users attempt to catch fictional Pokemon characters in real world locations. This was so successful in that it saw more than $7 billion (£5.4bn) added to Nintendo’s market value as the title topped gaming charts in the US within the short period of 1 week.

It isn’t just the gaming industry that is increasingly seeing the merits of AR and reaping the rewards by using it in their normal operations. Some examples serve to illustrate the wide reach to which AR is being developed and applied.

One area of great interest to industry is that known as Augmented Reality for Maintenance and Repair (ARMAR). This field is one where the technology of AR is combined with detailed human knowledge and experience, and is brought to bear on the tasks of operation, maintenance and repair of costly plant and equipment, including construction and mining equipment, diesel-electric locomotives through to military and civilian aircraft.

Caterpillar is a US manufacturer of such large and expensive equipment. They offer a global service for on-site repairs to their equipment, in places where downtime is of critical import to their customers. Their AR application gives the field service engineers virtual step-by-step directions of how to perform tasks like machine maintenance and safety checks as they are performed in real time. This saves money for both customer and company while reducing the engineer’s time on the repair site.

Another field which shows significant potential is the Augmented Reality Assisted Surgery (ARAS). Two thirds of the world’s population does not have access to safe surgical procedures. One way to solve this problem is to use an Augmented Reality software tool that allows doctors to guide, help, support and train surgeons through surgical procedures.

The AR technology is configured such that it superimposes a computer-generated image on a surgeon’s view of the operative field, thus providing a composite view for the surgeon of the patient, with a computer generated overlay enhancing the operative experience. It may be deployed as a surgical training tool for educating surgeons; or as a medical assistance and consultative tool for field application in conflict zones or clinical use in developing countries with poor infrastructure.

Whatever the application, it’s clear that Augmented Reality isn’t all just fun and games, but has the potential to save money and to save lives.

AppyPie Announces VR And AR On Its Small Business Platform