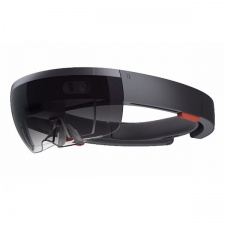 Quite how and what Microsoft's HoloLens will turn out to be is open to question.

But whatever it is, Unity will be there ensuring its developers can develop for it.

The news came during Microsoft's Build conference in San Francisco.

"The Unity toolchain and pipeline are being augmented to leverage the unique characteristics of the HoloLens such as spatial mapping, spatial audio, gaze, gesture, voice recognition, and the ability to anchor holographic objects to specific locations in the real world," stated Unity's lead developer Scott Flynn in a blogpost.

This support will be included into Unity Pro and Unity Personal Edition at no additional cost.

There's currently no news on when Unity's support for the Windows 10-based hardware will be ready, but Flynn said that Microsoft was already holding Unity for HoloLens "Holographic Academy" training sessions using a "very early Alpha"  of the code.