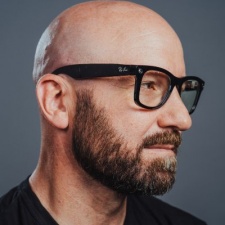 Facebook has announced that its Vice President of AR/VR, Andrew ‘Boz’ Bosworth, will replace Mike 'Schrep' Schroepfer as Chief Technology Officer (CTO) next year. The news follows the announcement that Schroepfer plans to become Facebook's first senior fellow on a part-time basis.

Schroepfer has been with Facebook for 13 years and shared in a Twitter thread that, "I will stay on as long as it takes to ensure a successful leadership transition". He ended the thread saying, "I am still incredibly optimistic about the potential for AI and AR/VR to improve the lives of people every day. I am honored to be able to continue to support Facebook’s exciting future in my role as Senior Fellow."

Bosworth replied to the thread saying, "Congratulations Schrep on an epic 13 year run. Lots to do still and I’m glad you’re sticking around to help :)".

In a note published via the Facebook Newsroom sending, "Congrats to both Schrep and Boz," CEO Mark Zuckerberg confirmed that, "Boz will continue leading Facebook Reality Labs and overseeing our work in augmented reality, virtual reality and more, and as part of this transition a few other groups will join Boz’s team as well. This is all foundational to our broader efforts helping to build the metaverse, and I’m excited about the future of this work under Boz’s leadership".