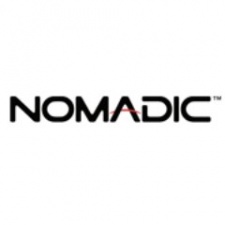 The company aims to create tactile out-of-home VR experiences, with its first in-market installation launching in the US in Q1 2018.

To help achieve the company’s goals it has brought in former YouTube Head of Gaming Content and Partnerships for the Americas Letam Biira as its own Head of Content Partnerships.

Jen Millard, who has 20+ years’ experience working for brands including Best Buy, Target and Lowe’s, has been named VP of Retail Operations.

“Letam, Jim and Jen have each pushed the boundaries in their respective fields of content, licensing and retail innovation, and have the expertise, tenacity and curiosity to do the same for VR entertainment,” stated Doug Griffin, CEO and Co-founder of Nomadic.

“With these new appointments, we’re building not only a new model of VR entertainment, but the most dynamic, most seasoned team in the VR sector.”

Nomadic recently completed a $6 million seed funding round led by Horizon Ventures to fuel its plans for out-of-home VR experiences.