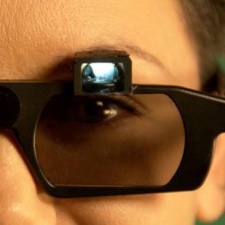 Both bring their own considerable experience to the table, as the firm gears up for its first consumer hardware launch.

Rodriguez's prevous roles include a 3-year stint as COO of EA Los Angeles, President of LucasArts, and most recently CEO at Trendy Entertainment.

As for Parkis, he was SVP of Games at Zynga between 2010 and 2014, before becoming President of Games and Network at Storm8 and, in January 2016, founding the consumer tech advisory outfit JoyfulMagic.

For CastAR co-founders Jeri Ellsworth and Rick Johnson, these hires are a real statement of intent as the company gears up for its first consumer hardware launch.

"Darrell and Steve not only share our passion for pushing the boundaries of what's possible in mixed reality gaming and entertainment," the pair commented.

"They are the one-two punch we have been looking for to drive CastAR into our consumer launch and beyond."

You can see what they all get up to at the CastAR website.

Want To Work On Our Global Events?

CastAR To Close Its Doors

Come And Work For TheVirtualReport.biz