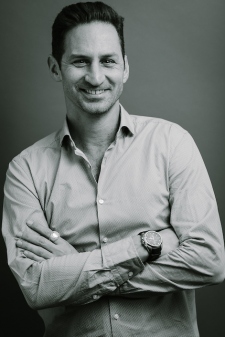 With the news that KamaGames, the company behind Pokerist and Roulettist, are working on both VR and AR versions of their games, Daniel Kashti, Chief Marketing Officer at KamaGames, shares his thoughts on the prospect of social casinos in VR and AR.

When Pokerist was first launched, the basic idea was to create the most realistic gaming experience possible, which would bring people from all corners of the world to our tables. Now KamaGames could be the first to market and pioneer the next big step forward that would revolutionise the social casino world in the same way the mobile platform did 7-8 years ago.

The casino industry as a whole, not just the social casino side, are intrigued by the entire concept of both Augmented Reality (AR) and Virtual Reality (VR) and the massive possibilities unlocking this technology could bring. The vision of an AR/VR casino would be pretty impressive and be a perfect fit within the gaming genre.

Looking specifically at our own portfolio, the opportunities are endless and the concept is an amazing one. Through the power of VR you could be sitting at a velvet covered table in a casino that you’ve chosen, maybe in Las Vegas, Macau, or London. You’d be able to look at your cards without the need to swivel your head around every few seconds. You’d be able to look around the table and actually see the other players around you - and of course, see the dealer dealing your cards. Our players would be able to fully experience the atmosphere of a real casino. VR will be able to truly transport people to a genuine feeling of reality.

We are expecting AR to play a significant part of our growth as an industry too. Whereas with VR you require a headset and powerful hardware, think of what you could do with AR? You could be on a train and you could be staring at a Poker table through the power of AR, with another four players all sat there too. Click on a player’s face at the table and see their stats appear, best win, skill level, even where in the world they are from, and interact with players by sending animating gifts and drinks. Another opportunity is to create a casino around you if your friends are all playing in the same room – see them actually sat at a famous casino, without even having to leave the house.

There is no doubt that thanks to various breakthroughs in technology that it’s not just the video games industry that is going to benefit from this new entertainment medium and there are hugely exciting times ahead. The birth of Oculus, Pokemon Go, PlayStation VR and Google’s DayDream and Tango technology is just the start and we are going to see another surge of growth as hardware becomes cheaper and software advances over the next 12-18 months.

Looking specifically at our industry and the social casino genre, the question that is still being asked is who is going to be the first to take this step forward? Who is going to actually make this a reality? The answer is pretty simple – we are.

Daniel Kashti joined KamaGames from the leading real money operator PokerStars where he held the position of Head of Mobile. During his 5-year tenure, Kashti established and managed PokerStars’ mobile business making it a pivotal part of the company’s global growth as well as being awarded the EGR Mobile Operator of The Year award twice. Since joining KamaGames, Kashti has built an all-new marketing team with a number of key senior appointments in KamaGames’ head office in Dublin as well as opening a brand new Marketing and PR office in Central London.