VR Is Growing Up! 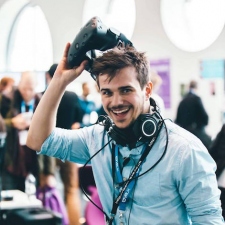 When Bertie Millis founded Virtual Umbrella in March of 2015 with Samantha Kingston, they were both holding down day jobs at the same time. Six months later, they made the decision to commit 100 per cent to the business with what he calls, “The horrifying plunge into the world of no salaries and no safety net”.

Since taking that leap of faith, the VR PR and marketing agency has grown to the point where they will more than double the size of their team this month. Millis explains that, “We had one comment from someone saying that we’re ‘A two-person agency with the efficiency of 10’! But we need to grow and develop and have more of us - and more of what we do. We’re bringing on new hires and we’re seeking out more partnerships. We’re becoming more of a holistic, fully-functioning agency.”

And with that growth comes a new sense of purpose and professionalism for the company, heralded by new branding. It’s in tune with the VR industry as a whole, as Millis observes, “Where the industry has grown and it’s starting to mature, we are growing and maturing with it. We wanted to move away from a scrappy, start-up hustler image and towards becoming a professional agency, so we’re growing up.”

The evidence of that ‘growing up’ lies in the new, crisp logo to replace the one that was, “Made by a friend – and it was great for giving us an identity. As we’re starting to work with larger clients like Nokia and Boots, we thought it was time to take on a more professional face.” Millis is quick to explain that, “It’s not just the logo; it’s an attitude shift within the company and the logo was a good way to signify the start of something new.”

One of the partnerships is with our very own forthcoming event, VR Connects London 2017. Millis practically overflows with enthusiasm when he says, “I’m really excited for VR Connects!” The all-new event will run for the first time 16-17 January, alongside the well-established Pocket Gamer Connects London.

“Last year, we spoke at Pocket Gamer Connects about the potential of marketing in VR and get people more involved in the future.” Says Millis, “It’s now exciting to see an opportunity to really do that; take what’s happening in VR to the forefront.”

The show promises to give visitors the chance to learn, engage, meet and network, as well as find innovation and inspiration, but what’s Millis most looking forward to? “Some of the speaker strands are going to be awesome! People who have actually launched VR games will be sharing their stories and learnings; that’s invaluable. I can’t wait to hear some of the crazy ideas about what they think about for the next three or four years in VR.”

Virtual Umbrella is a PR and Marketing agency specialising in the Virtual Reality sector, offering a range of services from helping to deliver Virtual Reality festivals and organising demo stations to more traditional services like social media, press coverage and arranging panel appearances.

VR In A Bar Is Back This December