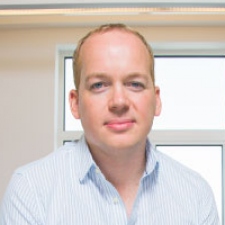 Ben Smith, CEO at Laduma, explains the difficulties in delivering sports coverage in VR to an audience that is already enthusiastic.

The first football match reports were sent by telegraph and Morse code 150 years ago. These days, they are delivered by email, broadcast on Ultra HD TV, or sent to your digital radio over the internet direct from the world’s stadiums. The journey has covered apparently insurmountable obstacles. Change has been constant. Virtual Reality is the next frontier; the promise of a technology that makes you feel like you can reach out and touch your sporting heroes, feel closer than ever before.

Each and every step along the way has been towards immersion - radio allowed listeners to hear the crowd noise and gave them a sense of what it was like to be there. TV showed them. Digital did that and so much more, with tunnel cams, social media and live video from players. The question now, is can VR provide the next big step?

The People Are Ready

Public interest is a vital component. Are the public really ready to put on a headset and take the leap into a new world? The answer is far from straightforward. And yet if you look closely, the signs are there. It was a rainy October afternoon when we began to realise the true extent of the public’s intrigue in VR. We were attending an NFL street party on Regent Street. The plan had been to ask people if they wanted to try on a headset while they queued to meet a player or practiced throwing like a quarterback. Soon it was the plan that was being thrown out of the window as hundreds and then thousands began to queue to watch VR.

The VR revolution has already arrived.

It was families of all ages; kids as young as three and four, mums and dads, grandmas and grandads. It was an amazing thing for us. It surprised us how ready people seemed to be. All they needed to see is that there were headsets there to try out and that was it. But why? Our belief is that the VR revolution has already arrived – and it will be televised, in high resolution 360 3D. Now none of this was live content, but it was a test purely of the level of interest from the public. A test that was passed.

So if the public are potentially on board, what are the major obstacles that remain? While the approval ratings for great VR content is off the scale, the live experience remains undeniably problematic, but if it can be perfected, the possibilities are enormous. Sports fans will gain closer access than ever before and all from the comfort of their sofa – which just happens to also be the best seat in the stadium.

But that transition is both the biggest challenge and the leading priority for the medium. Our experiences suggest the demand is there; it’s just a case of the technology catching up. Let's take football as an example; on TV, you have cameras set up at different points around the pitch, the cameramen follow the action, with a director deciding which camera shots are used. I’ve seen enough VR football footage to know that watching this with a headset is disorientating. No sooner have you focused on the ball than the camera angle changes and you have to move your head and eyes in order to centre it again. Suddenly the action that was moving left to right on your headset is now moving towards you – and believe me, it is not a pleasant experience to see a virtual ball fly towards your peripheries unexpectedly.

This coverage is clearly made by people trying to directly translate how coverage is usually done, to how it will be done into the future, but it is painfully clear that more considerations are going to have to be made. Figuring out how to best film and screen sports in a way that doesn't make the user feel like they're on a boat being tossed about on a rough sea is going to be difficult but ultimately game-changing, if it can be perfected.

Will Everyone Be A Director?

Allowing users to 'direct' their own footage may be one solution – having static VR cameras around the area and, through pushing buttons, head actions or hand movements, allow users to switch between cameras and use their head and eyes to decide exactly where the shot is centred. Every user's experience would be slightly different and would allow much more creative scope for the entertainment business. And yet, are we too lazy as viewers to do that? Do we want it done for us?

For now, the focus remains on ‘moments’, taking fans onto the training field or into the dressing room before a game. It’s the sort of content regularly shared across social media in 2D, but VR adds an exhilarating new perspective. The next step is to move these moments into the live arena, allowing viewers around the world to enter the action at key stages in a game - a free-kick where the broadcaster prompts you to ‘watch this moment in VR’, and the camera comes in on the wire and hovers you over the ball. Those kind of moments can be the first step towards the whole experience. And once, that experience is reliable and well-executed, the demand will build.

VR Is The Future

Our work at Laduma VR, has transported fans to Centre Court at Wimbledon, taken them to Steven Gerrard’s Beverly Hills home and filmed with lions and elephants on the wide open spaces of South Africa. We’re not trying to convince anyone about the merits of VR when it comes to sports, only to share the work we are doing with the forward-thinking global brands who have seen the potential. But if the past has taught us anything, it’s that the little stands still. And with VR, the future has arrived.

As CEO of Laduma, Ben has put a career built on storytelling right at the heart of this dynamic Virtual Reality company. That ensures Laduma not only delivers ground-breaking 3D VR content but that it also empowers brands by helping them tell their stories in incredible and interesting ways. Having begun his career in film, Ben went on to become a key part of The Times' award-winning sports coverage before thriving at BBC Sport. Laduma is his latest and most exciting storytelling platform.

You can hear Ben Smith speak at the PromaxBDA ‘The New Normal’ Conference, at Here East London on 3rd November 2016.