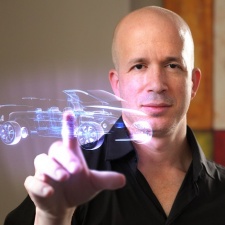 Israeli serial entrepreneur Alon Melchner, who founded WakingApp, has founded a new Mixed Reality start-up. Mixed Place has closed a $750,000 seed round from Israel-based PPI Worldwide Group, which specialises in innovative sales promotions campaigns, including the creation and execution of large-scale sales promotions projects to retail chains throughout the world. PPI Worldwide has made available to Mixed Place its operations arms in Europe, North and South America and Asia.

The application will allow users to create digital content which will overlay physical reality in open areas and inside buildings. Using the application, users will be able to design, build and share digital overlays that will be precisely integrated into the physical world.

Melchner said, "The entry of Mixed Reality into our lives will be the greatest digital revolution in human history. Mixed Place's vision is to map the world and create an infrastructure, which is also known as AR cloud, that will cover it with layers of 3D digital content. Mixed Reality will create a world in which digital consumption will function intuitively as part of the real world, rather than be limited to 2D screens. This will revolutionise every aspect of life and in countless sectors of the economy, from retail and entertainment, through manufacturing, events production, transportation and defense, to education."

Isaias Miremberg, an owner of PPI Worldwide said, "Our decision to serve as a strategic partner and first investor in Mixed Place is no coincidence. It not only reflects our deep confidence in Alon Melchner, a world-renowned expert in Mixed Reality with an integrated background in technology, strategy, and creative. This decision demonstrates the immense potential of Mixed Reality in a range of industries, including retail and sales promotion, which is the business of PPI Worldwide. We believe that this technology's penetration into the retail industry will grow in the coming years, and we will be one of the spearheads of this technology."