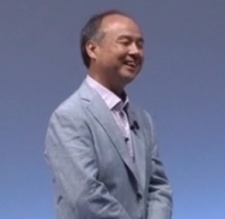 Mapbox, the mapping and location platform for developers, has announced a $164 million Series C funding round led by the SoftBank Vision Fund, with participation from existing investors including Foundry Group, DFJ Growth, DBL Partners, and Thrive Capital.

Mapbox currently has more than 900,000 registered developers. The platform has seen tremendous growth in its customer base, adding industry leaders such as Snapchat, The Weather Channel, Tableau, IBM, DoorDash, Mastercard, and Instacart.

"Location data is central and mission critical to the development of the world's most exciting technologies, from autonomous transportation to robotics through to AR and VR," said Rajeev Misra, CEO of SoftBank Investment Advisors.

"Mapbox has a unique platform using decentralized, anonymized sensors to map the world live. By investing in Mapbox, we are investing in the foundational infrastructure for the next stage of the Information Revolution."

"We are mapping and measuring everything," said Eric Gundersen, CEO of Mapbox. "The SoftBank team understands that location data is transformational to every industry. Additional capital accelerates our speed of capturing the market. This is a step function move that will transform the fundamentals of how everything — people and goods — move through our world."