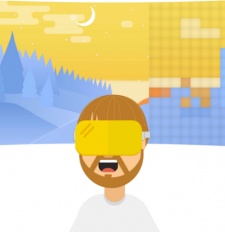 California-based Visbit, a VR and 360 video streaming company has raised $3.2 million in seed funding led by Presence Capital; other investors include ZhenFund, Colopl Next, and Amino Capital. The company also announced the closed beta version of its cross-platform VR streaming service, which enables VR content creators to deliver high definition streaming and viewing experiences to consumers across multiple VR platforms.

Visbit will use the funding to further accelerate the development of its Visbit View-Optimised Steaming (VVOS) technology, which streams VR videos in 4-8K resolution over Wi-Fi and LTE for mobile - and eventually tethered VR headsets - at close to zero latency. This technology could have a big impact on the VR industry, since most home Wi-Fi and mobile networks today can struggle to deliver data at the speed needed for a satisfying VR experience.

“We back companies that are breaking down barriers to enable VR to go mainstream,” said Amitt Mahajan, founding partner at Presence Capital. “By ensuring publishers have the greatest possible impact with their content and viewers experience the most immersive, highest quality content, Visbit is taking a huge step in that direction.”

Whilst Visbit’s full streaming product is currently in closed beta, a proof-of-concept demo is available on Google Play.