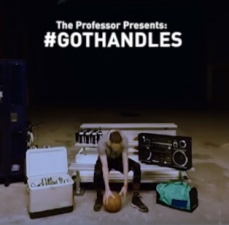 International communications agency, OMD, partnered with Immersv to run a 360 trailer video for the #GotHandles experience across Immersv’s network of Mobile 360 and VR app publishers. A call-to-action at the end of the video directed users to where they could download the VR experience and begin playing it themselves.

The #GotHandles VR experience features Grayson Boucher, known as The Professor for his ability to school competitors on the basketball court. The experience invites participants to go head-to-head with the streetball legend while competing to see how many of the The Professor’s moves they can complete.

The Power Of Mobile 360 And VR

Immersv CEO Mihir Shah said, “The results from the campaign demonstrates the power of Mobile 360 videos and VR experiences, while proving that digital advertising is shifting away from traditional pre-roll videos to more interactive and immersive advertising experiences.”

OMD’s Director, Dario Raciti said, "The results, from engagement and completion rates to gaze-through rates for the call-to-action, showed consumers loved Mountain Dew’s VR content and Immersv was the right partner to help us promote it.”