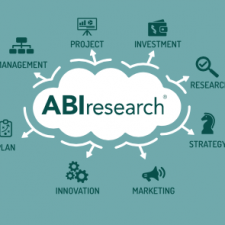 It is manufacturers in adjacent markets, particularly machine vision, however, that will have the most substantial impact. Companies such as Eonite Perception, Occipital, and uSens will not only spur overall market development but help to position Mixed Reality (MR) as a key future disruptor to existing AR enterprise implementations.

"Machine vision is the driver behind advanced mobile AR solutions, particularly in education and marketing, and will define the future success of mixed reality solutions in enterprise," says Shelli Bernard, Research Analyst at ABI Research. "The development and evolution of user input technologies is key as AR and MR markets grow, as the technologies will support accurate and intuitive hands-free interaction as implementations within the workplace become more commonplace."

While VR will dominate the revenue balance between AR and VR until 2019, at which point AR will grow to reach 53% of a $57 billion market, innovations continue to occur in both markets. Both hardware solutions providers—optics provider Lumus http://lumusvision.com and AR device manufacturer Meta - and software and content delivery-focused companies - ar4.io and VREAL - are showing marked innovation through their latest offerings.

Additionally, companies such as Mind Maze are capitalising on the potential for AR and VR within specific market verticals, with Mind Maze targeting the healthcare market to support brain injury recoveries.

Best Of Both Worlds

"As vendors work to improve their AR and VR solutions, innovations through adjacent and enabling technologies will spur future market development," concludes Bernard. "The push to implement MR, as evident in work from companies like Microsoft, remains the goal for the clear majority of enterprise implementations due to its ability to offer the immersion of VR with the safety and convenience of AR solutions."

These findings are from ABI Research's Hot Tech Innovators in AR/VR report.