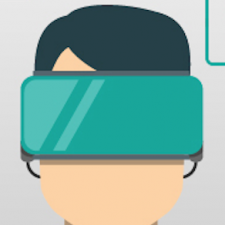 These results show that IT professionals underestimate the value of AR in the workplace, while consumers recognise that the spread of technologies such as AR could add significant business value through gained efficiencies.

When consumers were asked about AR’s potential uses in the workplace, 69 per cent believed AR would help training and 65 per cent thought it would help with workplace safety guides. Consumers may not see AR just as a source of entertainment – although Pokemon Go made huge advances in that area - but rather for everyday life. 62 per cent of consumers voted for healthcare geolocation, which would allow users to search for nearby doctors, while 69 per cent of consumers believed AR would help them to learn new personal or professional skills.

One of the questions asked, “To what extent do you agree or disagree that augmented reality could lead to the following workplace benefits?” The majority of people in the survey answered ‘somewhat agree’ across all areas, which indicates a universal agreement that AR could help businesses in many ways.

This figure is even more compelling when compared to the fact that while 64 per cent of consumers were enthusiastic about AR, 39 per cent of organisations haven’t used AR applications - and don’t plan to do so in the next year. This highlights a fantastic opportunity for businesses to beat the inevitable ‘gold rush’ towards adopting AR and VR, making any AR products stand out.

When looking at the barriers preventing organisations from adopting AR, the most frequent response from IT professionals was insufficient Return On Investment (17%), followed by security concerns (16%) and lack of skills/knowledge from existing staff (14%). Most IT professionals in the survey were unsure as to why not adopt AR, which further highlights the opportunity for businesses to have a presence early to exploit the many benefits of AR.

The report also puts forward ways that businesses can prepare for AR:
• Extend social media monitoring to AR platforms
• Consider what AR application can improve your business
• Review and update your office policies to include AR
• Build security into every part of the process

For Your Consideration: Web Roundup