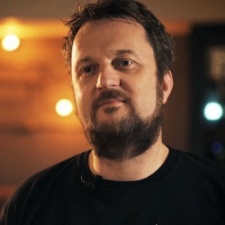 Whyte, who has close to 30 years’ experience in the videogames industry, starting life as an adventure columnist for Amstrad Action magazine, will open Develop:VR with his keynote entitled, ‘Taking VR to the Next Level – A Case Study in AAA Games Development’.

In his keynote, Whyte will discuss the current state of the VR industry, the challenges and opportunities of AAA VR development and suggest potential solutions to maximise success for any sized studio.

As well as the keynote, Tandem Events also announced the following sessions, with more to be revealed:

Develop:VR is a one day conference and expo focusing on the commercial opportunities that Virtual and Augmented Reality present for today’s game developers and highlighting the tools and techniques needed to produce top selling VR and AR content.

Develop:VR takes place on 9th November at Olympia London and delegate passes can be bought at a Super Early Bird rate, a saving of £100, until 20th September at www.developvr.co.uk