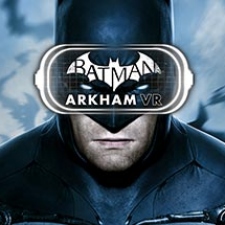 Batman: Arkham VR will release for both Oculus Rift and HTC Vive via the Steam Store on 25th April.

Featuring full motion controller support for both systems, the experience looks to be the same as the existing PS VR timed exclusive, which received excellent reviews and has been a consistently strong seller on console.

The game is available for pre-purchase now at £14.99